Originally Published on Nepalitimes | A lot of people have expressed sympathy after seeing the latest pictures of former crown prince Paras Shah being arrested on drug possession charges in Thailand. This is understandable and it is a sign of humanity. 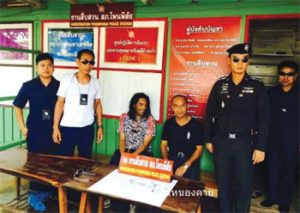 But his parents, Gyanendra and Komal, also deserve some compassion. Gyanendra became king very young, and lost the throne. He lost his family in the palace killings, which he was blamed for. He became king again, and inherited all his brother’s wealth. Soon after, he lost his people’s respect, he lost the throne again, he lost the monarchy, and he lost all the wealth inherited from his brother. And we’ve seen what has become of his only son.

All this time, he never lost patience, he remained decent and civilised. He was smiling when he left Narayanhiti Palace. He was never crude. What surprises me is, where were all those qualities when he was king? That’s why I call him the ‘unroyal king/royal ex-king’. Like a lot of commentators, I think Paras needs help, not contempt. Those who still detest him must understand: we are all human, as are our families and relatives; who knows what crises we may have to face in the future?